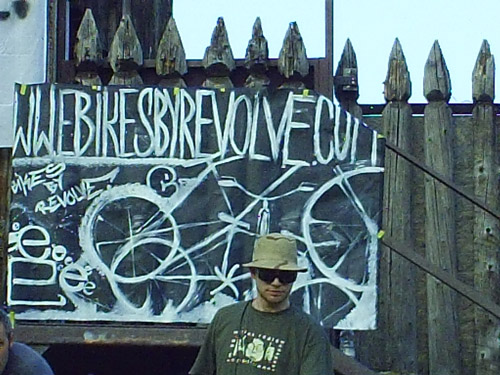 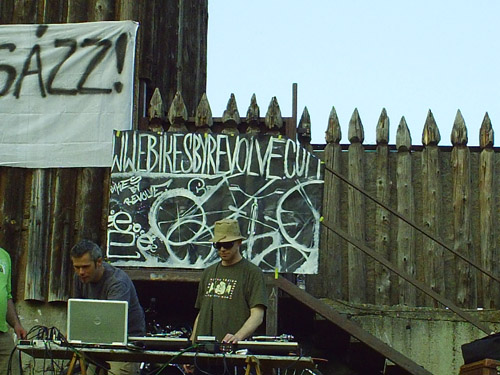 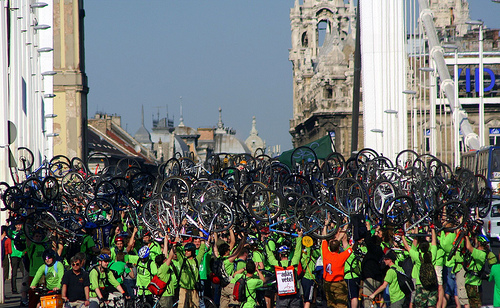 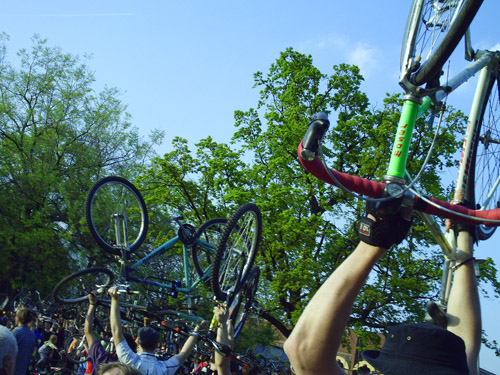 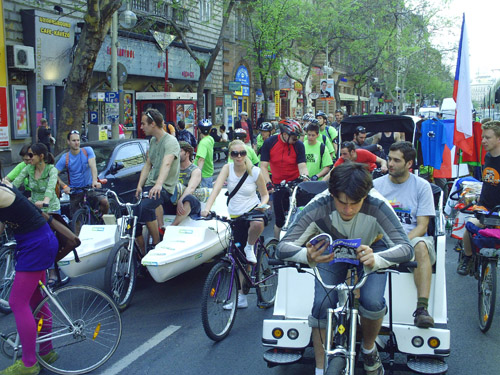 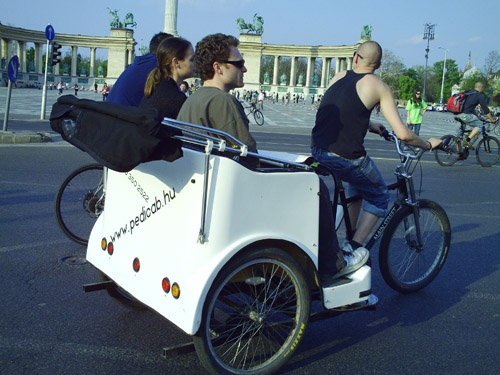 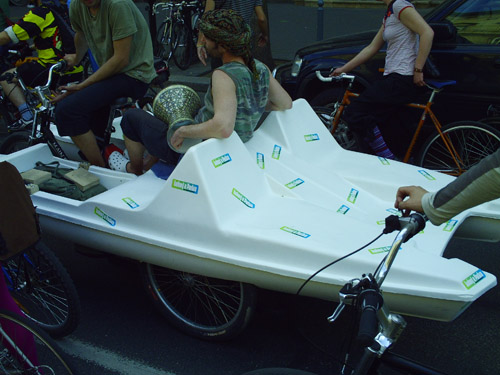 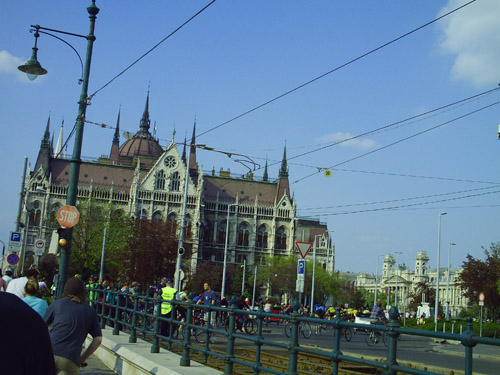 On Earth Day, April 24th, 2010, there was a mass gathering of bicyclists in Budapest, Hungary to promote and celebrate bicycling. It was organized to show that bicycling is not just a great alternative to traveling by motor vehicles, but also healthy and fun way to be environmentally conscious. Our Revolve EU director, Mr. Attila L. Di Gioia, took a significant part in this event. Here are some of the pictures he has taken at the event.

The goals of Critical Mass Budapest are to raise awareness on the benefits of bicycling and other alternative means of transportation, to assert cyclists’ right to the road, and to celebrate cycling in general. While offering an opportunity for cyclists to make a statement, socialise, and celebrate cycling, Critical Mass is non-confrontational toward motorists and attempts to minimise the level of inconvenience the rides cause for all those who are not involved: pedestrians, public transportation, and individual drivers.

The first Critical Mass ride in Budapest was organised on Car Free Day, September 22, 2004, though it was preceded by at least 50 similar bicycle events initiated either by organisations, groups of bicycle couriers, or other pockets of non-affiliated individuals. The September 2004 ride, however, was significant in that it combined almost every previous organizer into one mass of cycle enthusiasts and concerned citizens. That event drew a surprising 4000 participants. By Earth Day 2005, the number of Critical Mass participants reached 10,000, and doubled again for the September 2005 event, reaching 20,000. On Earth Day 2006 an international record of 32,000 participants was reached, to be topped only by next year’s similar event, with a turnout of 50,000, reaching as many 80,000 by April 2008.

Here’s a video of the bike lift countdown: